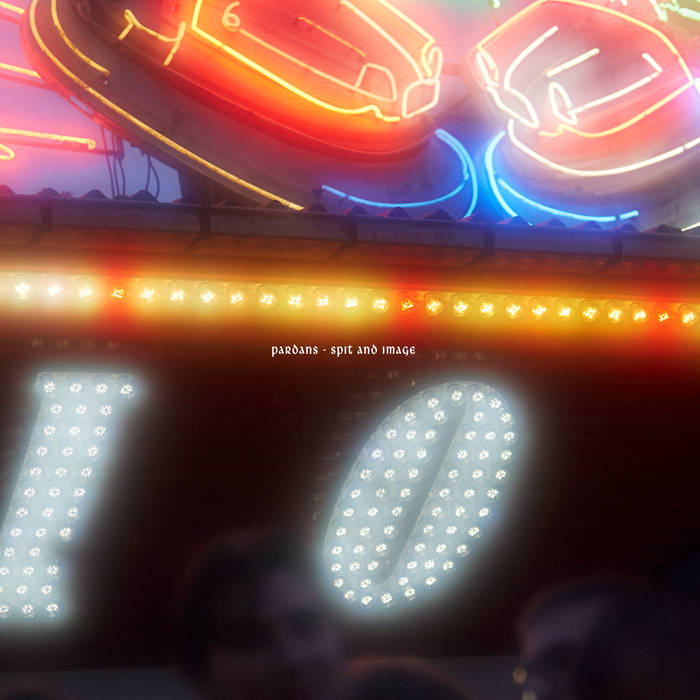 Avant-garde punk outfit Pardans are fast becoming one of Denmark’s most exciting new bands. Alumni of Copenhagen’s famous Mayhem collective, they follow in the footsteps of some of the region’s most exciting exports, including Iceage, Marching Church and Lower.

Since forming in 2015, the five-piece has been building a reputation for its frenzied sound and energetic live shows. Blending their punk roots with elements of jazz and rock, and citing influences such as Miles Davis, David Bowie and Scott Walker, their music shares a mentality with the 70s ‘No Wave’ scene; experimental, unconventional and utterly unique.

Pardans’ new album Spit and Image will be released on 27th July 2018 via Paris based label Third Coming Records and Copenhagen based label Tambourhinoceros.

Explosive from the outset, the band let their intentions known on opening track “Burning House Bedding”. Intense and cohesive instrumentals play question and answer with frontman Gustav Bernsten’s exasperated vocals, chopping, changing, and creating a wonderfully disjointed atmosphere from their unconventional set-up, which includes a tenor saxophone, piano and viola.

From lead single “(Hookers With) Hidden Depths”, with its infectious bass line and sax hook that sounds like the soundtrack to a 40s Noir film set in a smoky New York jazz café, through to “When Come The Rats”, a menacing and heavy eruption of beats and riffs, the album is a 13-track collection of fascinating explorations into melody and rhythm that defy the norm.

The record’s lyrical themes match its instrumental ferocity, based around the frustrations and joys of relationships and modern living:

“Spit and Image discloses dirty deeds and wishful thinking of young individuals” explains Gustav. “It contains dramatic voices, some in and out of love, some of privilege, lacking integrity, some at the very low point of moral decline appearing as depraved monsters overwhelmed by debauchery; some insecure about their skin, some learning about intimacy and trust, to love and respect, by the guiding hands of a patient partner, some deeply frustrated with the current state of our world, and like horses fleeing their stables they make sails for better places, leaving their peers behind, some oblivious, dancing with rapture."

Following the release of their debut mini-album Heaven, Treason, Women in 2016 via Third Coming Records (France) and Premium Abundance (Denmark), the band have been on and off the road with Iceage and Marching Church through Europe, interspersed with headline gigs of their own, including the closing set at Copenhagen’s infamous Salon Pissoir on Christiania’s Pusher Street and a writhing set at this year’s SPOT festival. Following the release of Spit and Image, the band are heading to the UK for their debut shows in London and beyond.