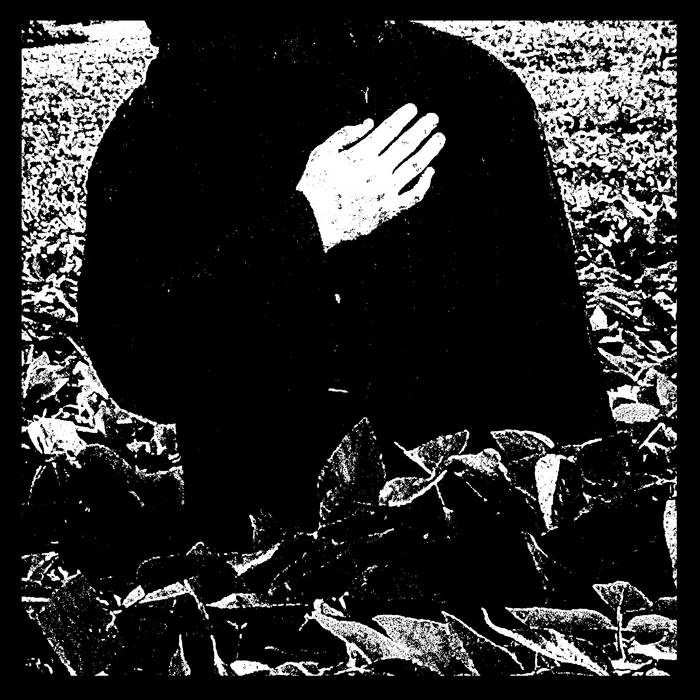 “JUST THE BEGINNING”
“Just The Beginning” is the documentation of the first steps into the world of LUNACY. This compilation record contains 14 songs and spans 4 EP’s worth of material all released from 2016 - 2018. It is important that these songs be released in chronological order to show the growth and beginning stages of LUNACY as an identity into the current state of the world before a proper Debut album emerges.

"As haunting as their songs are, they are beautiful. With each listen this project takes you to a deep, dark, murky place where sound has the power to change your reality!" - CVLT Nation

"A slow burner, distorted and obscure, visionary and obsessive, Lunacy’s distinctive sonic craftsmanship will crawl under your skin and linger and “sediment” in your mind indefinitely." - White Light//White Heat

FFO: Killing Joke, Chrome, Swans, Brian Eno, Minimal Man, Cabaret Voltaire, Severed Heads, Nico, Ritual Howls, Boy Harsher, Drab Majesty, The Soft Moon, the KVB, Dead Skeletons + more..
**The Real factor is that a lot of these bands together can make up LUNACY, but not just one band sounds like LUNACY. It is it’s own distant identity with sounds from the past and grasps from the future****

“DISPOSITION EP”
“Disposition EP is the 4th offering from post-industrial/ambient-noise act LUNACY. This 5 song EP focuses on the themes of post-apocalyptic isolation and breaching the subconscious. The first track, and title track is the first to dive into a more repetitive and upbeat step for LUNACY- offering a hook that never seems to end. The song focuses on the darkness of the mind & society; when someone can finally let themselves go out into the light(the sun), but darkness still is completely apparent in a world that is desolate and abandoned. The theme holds true to the to the tone of the whole offering of songs.”

“Beneath The Fold”
"Lunacy is Nick Kulp(ex Creepoid/Far-Out Fangtooth), but when in character Lunacy can truly be anyone, and anyone can portray Lunacy. The sound of Lunacy on it's newest offering "Beneath The Fold" dives deeper in tone and feeling than the previous EP - 2016's "Life We Choose To Follow". The pictures that Lunacy so clearly paints of abandonment and aftermath of buildings and structures that once were thriving by human ownership, which are now being reclaimed and overgrown by nature, are still apparent on this new EP, although the setting would take place at night.

The video for "Nail In The Wire"(the last song on the EP) is the first small glimpse into Lunacy as a character. The video is a depiction of the world being destroyed by natural causes from the earth & the static represents purgatory and the split or "nail" between dimensions.

"Beneath The Fold" is available 5/26 from Funeral Party Records digitally and physically(limited to 100 cassettes) - 3 songs on Side A + the same 3 songs reversed on Side B, pitched down for a whole different experience.

“Life We Choose To Follow”
The project is called LUNACY, and although it is a solo project, it isn't limited to one entity or thing: LUNACY is everyone, everyone is LUNACY.
The current release, "Life We Choose To Follow," is the first proper effort (after a demo tape earlier this year) and was created with a 1969 Univox SR-55 drum machine and treated on a Tascam 4 track cassette recorder. These are also used for the live performance and comprise a large part of the overall sound and atmosphere. Mixed by Connor Clasen (IXVLF) and mastered by James Plotkin (who has had his hands on everything from Acid Mothers Temple, Tim Hecker, Blessure Grave, and much more), the "Life We Choose To Follow" EP will be available via Funeral Party Records on November 25th, 2016, both digitally and on cassette (limited to 100).

I'm including the first two tracks from the four-song EP: "Not In The Sun" and "TAR." "Not In The Sun" is about people who are afraid to leave their homes, afraid to go outside. It suggests the idea of life chapters being reset by re-occurring traumatic instances, instilling fear in yourself and creating a fear of the outside world. "TAR" suggests we all have something that is our personal weakness, and ultimately this is the thing from which we can't escape - it consumes you, sticks to you, and leaves you unable to clean it off.

"Rising from within a metallic cloud of endlessly looping six-string, nerve fraying percussion, and gothier-than-goth vocals, the forever shrouded LUNACY makes good on its name and doomsday intent." -Screaming For Years

"It’s an east coast oddity at its best." -The Key WXPN

"Lunacy isn’t one thing, one person- Lunacy is many things, people and places. Lunacy is everyone, and we are all Lunacy." - Heathen Harvest Periodical

"This relatively new artist performs a kind of pensive music that sounds like sun-bleached photographs of days gone by, escaping genre entirely and settling into a place of pure emotion." - Black Metal & Brews

"Not In The Sun, hides in the shadows of what feels like now a bleak future as a blanket of static haze is pulled over our heads to block out life" - The Deli Magazine

"Bauhaus gets stuffed to the gills on Quaaludes, then creates four soundscapes that they run through an industrial fan" - RazorCake Magazine

"This is a sonic walk-through of landscapes that no longer exist. This is the drip of electronic water on memories of something deep in rooms without a view. Echoes of human activity resonating in the factory chapel, the walls and sentiments covered with moss." -Roy Montgomery