by The Love Coffin 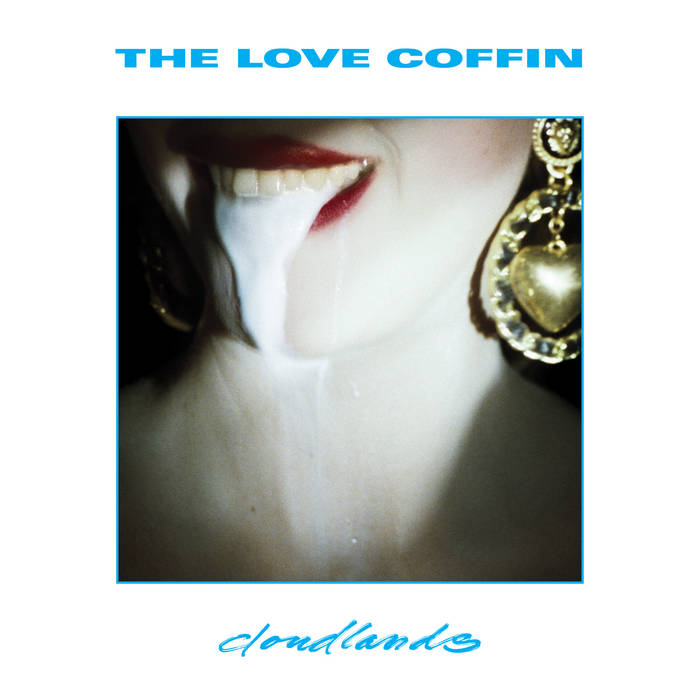 After two promising 12” EPs, 'Veranda' (2015) and 'Buffalo Thunder' (2016), the Copenhagen-based rock quintet The Love Coffin is finally ready to unleash their debut album. The nine-song long-player is entitled 'Cloudlands' and will be released September 28th in a Danish/French joint venture between Bad Afro Records and Third Coming Records.

The Love Coffin’s songs are all about contrasts – be it in the music, which shifts effortlessly from finely spun melodic melancholy to searingly dissonant bursts of noise – their lyrical themes, which can best be described as pendulous journeys between ominous, tar-black depths of despair and bright shafts of cheek-blushing optimism – or in the schism between frontman Jonatan K. Magnussen’s wildly intimate, volcanic vocals and the cinematic expansiveness of the sonic imagery his bandmates conjure around him.

Sure, you might be able to glean bits and pieces of the patchwork of influences that has led to The Love Coffin’s sound – particularly the unforgiving, magmatic squall of the New York noise rock scene of the 80’s, the sepia-dusted, grimy wide-screen perspective from the post-punk that came out of Australia in the same era and last, but not least, a knack for burying lush pop hooks under a rough-hewn bedrock of ugly guitars, Trojan horse-style, not unlike the pioneers of British shoegaze did it.

This band, though, is first and foremost a beast of its own making. Beneath the bruises you will find both tenderness, raw-hearted honesty and a dizzying talent. These five guys are here, they’re now, and they’re going straight for the jugular. Embrace the darkness or fend it off; you probably won’t escape unscathed, but you will live to tell the tale of The Love Coffin.

‘Cloudlands’ is recorded at the Grapehouse studio in Copenhagen and mixed by Kristian Alexander Pedersen in Berlin. The album is mastered by Emil Thomsen and comes in a neat gatefold sleeve with daring photos by Jennette Laven.

The Love Coffin is Jonatan K. Magnussen on vocals and guitar, Kristian Alexander Pedersen on guitar, Lasse Christiansen on keys and guitar, Tue Einar Bakfeldt Fly on bass and Alexander Vitus on drums.